Languages
Home » Fact-Checks » Are Black Entrepreneurs Being Locked Out of the Burgeoning Marijuana Business?
Fact-Checks, News

Are Black Entrepreneurs Being Locked Out of the Burgeoning Marijuana Business? 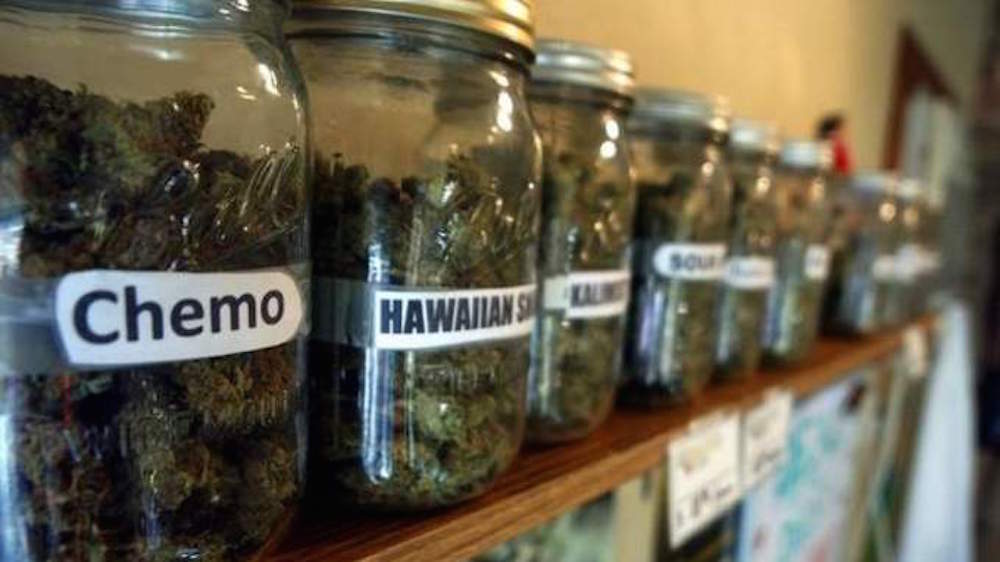 By Niaja Smith
WASHINGTON –The market for marijuana is booming. Seven states and the District of Columbia have legalized marijuana for recreational use. An additional 22 states have made medical use of marijuana lawful.

Along with buying marijuana to smoke, customers can now get cannabis-infused candy, cookies, brownies, sodas and cuisine prepared by specialized marijuana chefs, like Andrea Drummer in Los Angeles.

Customers can even get marijuana when they buy art, as they do when purchasing art from District C, created by a group of Gallaudet students. The $60-dollar paintings are delivered to the buyers’ front door along with an eighth of an ounce of cannabis.

According to ArcView Group research, revenues from the U.S. marijuana industry are expected to grow to over $21 billion by 2021.

Even as the marijuana market grows, the faces of dispensary operators, growers, cultivators, suppliers and other marijuana-related businesses are overwhelmingly white. According to Amanda Lewis, who covers drug policy at Buzzfeed, African Americans own only about 1 percent of the nation’s more than 3,500 marijuana dispensaries.

Getting in the marijuana business is difficult. First, prospective merchants need to lay down the groundwork. That includes preparing a business plan. A business plan will help you find investors by providing them with a clear description of the prospective company’s goals, assets, plans, and projections.

Next, secure the necessary funding, buy or rent a suitable place, then you can get your permit/ license to open a dispensary.

A company that grows and sells marijuana to retail businesses may require different licensing and permits than one operating a dispensary or a restaurant using marijuana in its cuisine.

The major hurdle for black entrepreneurs is money.

Chicago lawyer William Koffie took interest in the dispensary industry in 2014 but faced a few hurdles.

“I thought the process wasn’t too hard; it just took time and effort,” Koffie said. “You really need to put in the effort to find out the information. In addition, a lot of the information needed is on the internet, just have to type it in Google.

“I also did a lot of research with other dispensaries that were operational in California and Colorado. They were more than willing to share information while other places in Illinois seemed a little bit reclusive.”

So, what stopped the process for Koffie?

“Finances, period,” he said, nothing else. Everything else was in place.

“I think African Americans have organizational issues coupled with the fact that USA has an agenda against having us succeed. Most investment groups I went to felt that they were not willing to risk the application fees when they thought the chances of them being approved were slim to none. That was frustrating and I felt that was a ‘nigger complex.’ Regardless whether the system is set up to weed us out, we still need to find ways to overcome those barriers.”

George Allen is the co-founder of Comfy Tree, a marijuana consulting company. According to the company’s website, the focus is helping entrepreneurs in emerging markets who are nervous about introducing cannabis into their community. Allen said what most African Americans and Latinos interested in the cannabis industry need is information.

“I don’t think minorities are properly informed on what it requires to have a dispensary,” Allen said. “Many people don’t have the proper funding, and it’s not like you can walk into a bank and say, ‘Hey, I need a loan for this amount to open a dispensary.’

“That’s one of the many reasons why we help minorities get the proper funding as well as knowledge on the marijuana industry through virtual classes online stocked with in-depth, interactive training on all subjects of cannabis.”

Adam Bierman, co-founder and CEO of Madmen, a consulting company for the medical marijuana industry, said the steep hurdle to entering the cannabis businesses is there to ensure those who get in the business know what they’re doing.

“The barrier of entry is extremely high,” Bierman told The Root. “Can you demonstrate tens of millions of liquidities? Can you lock up real estate that would allow you to build a grow facility? Can you put together a cannabis-security team? You need to demonstrate to a state that you will be secure and protect that license.”

Truth be told, a lack of information and financing, not race, appear to be the main stumbling blocks keeping many African Americans out of the booming weed business.

There are efforts to create diversity within the industry. Oakland, Calif., City Councilmember Desley Brooks last year oversaw the passage by the council of the “Equity Permit Program.”

The program sets aside half of medical-cannabis industry permits for people who have lived in the city’s predominantly black East Oakland neighborhood.

According to Norml.org, the program is designed to address the past disparities in the cannabis industry by giving priority to the victims of the war on drugs and minimizing barriers of entry into the industry.

In April 2016 none of several black applicants who applied for marijuana licenses were among the 15 companies approved in Maryland to grow marijuana for medical use. The state’s Legislative Black Caucus criticized the lack of racial diversity. In response, the state’s Cannabis Commission hired a consultant seven months later to improve diversity.

As the Floodwaters Rose, So Did Some Retailers’ Prices
Freedom’s Journal and the Birth of the Black Press