Snatching Faces and Equality for All Races 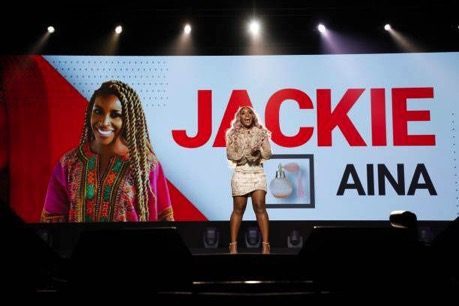 YouTuber Jackie Aina has a huge following on social media, thanks to her work representing minorities in the beauty industry.

BLACK HISTORY: Activists of the Past and Present

By Judayah Murray
Jackie Aina, a popular beauty YouTuber, is stepping up in the world and emerging as an important voice in the black community. Using her platforms of over 2 million subscribers on YouTube, 829,000 followers on Instagram and 280,000 followers on Twitter, Aina regularly distributes content calling out brands for their issues with inclusivity and even other content creators for their intolerance.

One example is her Twitter beef with Jeffree Star, another YouTuber, who was caught on camera and social media saying some pretty ugly things about black women.

In January, Aina was the first ever recipient of a brand new distinction called the YouTuber of the Year Award at the 2018 NAACP Image Awards for her dedication to bringing equality and consideration for people of color, both online and behind the scenes in the beauty industry.

Through her hilarious meme usage and creative videos on YouTube outlining and explaining some of the issues that people of color face every day when trying to do simple things like color matching foundation, Aina has garnered a crowd that appreciates her dedication to the cause.

In a 2017 interview, GaloreMag.com asked Aina, “You use your platform to not only discuss makeup but to bring light to issues within society as well as uplifting women of color. What made you do this and how has this helped or hindered your brand?” She responded with this: “When I started my YouTube channel my motto in my bio read ‘going against everything women of color are told not to do with makeup.’ I literally started my channel due to frustrations of being told what wouldn’t look good on me because I am dark…I always have, and always will, make the often overlooked and underappreciated a priority on my channel no matter what anyone says or doesn’t like it.”

"Darker skinned people don't buy as much in cosmetics"

Because we don't have as much to buy in the FIRST PLACE pic.twitter.com/dLPyhOgKS8

I make content that explains explicitly why I do not support certain people and their brands. It's ALWAYS based on morals and ethics

if you openly and blatantly disrespect black women I can't support ya. https://t.co/ZuZu1i8B8m. The end. Have a lovely day ?

Freedom’s Journal and the Birth of the Black Press
She Disguised Herself as a Man to Join the U.S. Army