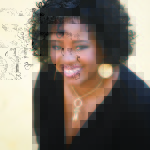 Yanick Rice Lamb’s mission is to give voice to the voiceless and share the gift of knowledge through the written word. An award-winning journalist and author, Lamb shares her expertise at Howard University, where she is an associate professor and chair of the new Department of Media, Journalism and Film. She teaches multimedia reporting, interactive editing and magazine writing.

Besides TruthBeTold.news, she is also adviser to 101 Magazine and the Howard University News Service. Her research focuses on the impact of social media and technology, media management and diversity in coverage. In addition to teaching, Lamb is a media consultant, Digitally Speaking columnist for Howard Magazine and co-founder of  Fully-Connected.com and FierceforBlackWomen.com, which won a 2015 Clarion Award as best small website from the Association for Women in Communications.

Her work has also appeared in The New York Times Magazine, Essence, Parenting, Ebony, The History Channel Magazine, TheRoot.com and BlackAmericaWeb.com. Through an Association of Health Care Journalists fellowship, she spent a year investigating long-term care of the uninsured for the article “Stuck in the Hospital.” As a John A. Hartford/MetLife Foundation Journalism in Aging & Health Fellow, she wrote “Dealing With Dementia,” which won a 2015 Salute to Excellence Award for Digital Features from the National Association of Black Journalists. 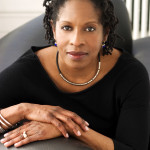 Ingrid Sturgis, an associate professor in the Department of Media, Journalism and Film at Howard University, is “fully connected.” Firmly rooted in traditional and digital journalism, she has worked as an editor at the Philadelphia Inquirer, the Times-Herald Record, and the Poughkeepsie Journal, and as a managing editor for magazine start-ups BET Weekend and Savoy.

She began working in interactive media in 1985 as a member of the New York Time’s videotext project. She has worked online since 2001 in positions such as as a senior programming manager for AOL’s Black Voices, as editor-in-chief for Essence.com, and as a Web strategist for heartandsoul.com and fierceforblackwomen.com.

Consequently, digital media has become the focus of Ingrid’s research, which addresses the disparity in broadband adoption and how mobile adoption will impact minority communities in the U.S. It primarily aims to examine how Blacks and other unrepresented groups can utilize mobile technology and social media to empower their communities, which is critical for a healthy democratic society. Her research led her to develop fully-connected.com, a new vision in digital media that aims to connect people from Atlanta to Accra through interactive journalism and mobile technology. \

Her interests have earned her coveted fellowships from the Fulbright-Hays Program, the Society of New Communications Research, the Knight Digital Media Center, the Dow Jones News Fund, the Kopenhaver Center and the Donald W. Reynolds National Center for Business Journalism. She is regularly invited to present at national and regional conferences and has advised a variety of organizations on social media strategy.

She is the author of the critically acclaimed “The Nubian Wedding Book: Words and Rituals to Celebrate and Plan an African-American Wedding,” and the anthology “Are Traditional Media Dead: Can Journalism Survive in the Digital World.” Ingrid has a master’s in journalism from New York University, a B.A. in art from City College of New York. 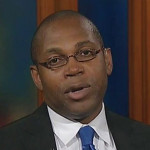 Ron Nixon is a Washington correspondent for the New York Times who covers federal regulatory agencies. He has covered stories ranging from the U.S. role in the Arab Spring to the US government’s domestic surveillance programs at the US Postal Service and the Transportation Security Administration. Ron has also reported from Rwanda, Uganda, South Africa, Nigeria and the Democratic Republic of Congo.Prior to The Times, Ron was database editor at Minneapolis Star Tribune and a member of the paper’s investigative team. Before working at the Star-Tribune, Ron was on the national training staff of Investigative Reporters and Editors and worked as reporter at the Roanoke Times in Virginia.He is author of the book Selling Apartheid: Apartheid South Africa’s Global Propaganda War (Jacana Media, June 2015). http://goo.gl/Ao3orgRon is also co-founded two news-related startups: The Ujima Project and TruthBeTold.news.

The Ujima Project, which started in 2009, is a online portal of databases, documents and other information that attempts to bring transparency to the workings and spending of Africa governments, multinational non-governmental organizations and business enterprise operating in African countries. He was a featured speaker at the 2009 TedX talks in Kampala, Uganda discussing the Ujima Project and transparency in development. https://goo.gl/sN1swR

TruthBeTold.news, which begin 2015, is a non-profit, non-partisan fact-checking website and digital network, run and edited from Howard University’s Department of Media, Journalism and Film in the School of Communication. It will use journalistic skills and crowd-sourced information to play a leading role by examining claims about the black community in public debate.

Ron is currently the visiting associate for Journalism and Media Studies at The University of the Witwatersrand in Johannesburg, South Africa and was the 2013-14 Hearst Visiting Professional at Howard University in Washington, DC. 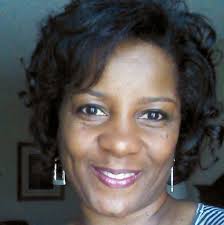 Shirley M. Carswell is a professional journalist and manager with 30 years of experience in daily newspapers. She retired from The Washington Post in 2013 after a lengthy career as a copy editor, copy desk chief and newsroom administrator. At the time of her retirement, she was a member of the senior leadership team for the award-winning newspaper and website.

Shirley previously worked as an editor and writer at newspapers in Richmond, Virginia; Pontiac, Michigan; and Detroit, Michigan, before moving to The Post. In 2013, she returned to her alma mater, Howard University, as an instructor, teaching writing and editing. In addition to attending Howard, she is a graduate of the Dow Jones Newspaper Fund editing program and the Advanced Executive Program at Northwestern University’s Media Management Center. 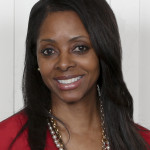 Jennifer C. Thomas is assistant professor of Broadcast Journalism at Howard University. She is also president and founder of Atlanta- based MediaReady Consulting, which offers media training and marketing, event management, and communications consulting services. Her clients range from entertainers and executives, to politicians, churches and non-profits.

Before launching her own business, Jennifer was an Executive Producer for CNN Headline News. She joined the Time Warner network in 1999, as a news producer for CNN. Jennifer played an important role in CNN’s coverage of major news stories, including Hurricane Katrina, and the September 11th terrorist attacks. She was the 9am show producer in the control room, leading the live news coverage when the first planes struck. In 2003, Jennifer was chosen as Executive Producer for Headline News Tonight – the network’s first live prime-time three-hour newscast. She also anchored a live e-mail segment, as “JT the EP.” Prior to CNN, Jennifer was senior show producer for NBC’s overnight broadcast, NBC Nightside, where she led coverage of major events such as the Oklahoma City Bombing, 1996 Summer Olympic Games, Democratic National Convention and Presidential Inauguration. Prior to NBC, she spent ten years as a local television news producer and reporter.

Jennifer has been honored with recognition from the National Academy of Television Arts & Sciences for her contribution to CNN’s September 11th coverage and a Peabody Award for her contribution to CNN’s coverage of Hurricane Katrina. She also received national award recognition from the National Association of Black Journalists. She is a former blogger for Atlanta Woman Magazine, has been recognized as one of Atlanta Business Journal‘s “Atlanta’s 40 Rising Stars,” and in 2010 was profiled in an article by CNN.com, “Going Solo: Should You Launch Your Own Consultant Business?” Prior to coming to Howard University, she was an adjunct professor in the Mass Media Arts Department at Clark Atlanta University, and is a sought after speaker and panelist. 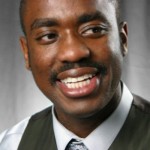 Fredric Kendrick, Ph.D. is an Assistant Professor in the Department Media, Journalism & Film. Kendrick came to Howard in the Fall of 2008 as an Doctoral student after teaching as a full-time Instructor of Communications at Miles College in Birmingham, Ala. Prior to entering academe, Kendrick held roles in local TV news as a morning show producer (WBMA), evening news producer (WIAT), sales account executive (WNCF), and field producer (Channel One News). 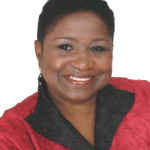 Hazel Trice Edney is president & CEO of Trice Edney Communications and editor-in-chief of Trice Edney News Wire. She is former Editor-in-Chief of the National Newspaper Publishers Association News Service and Blackpressusa.com and former interim executive director of the NNPA Foundation.Edney is also an adjunct professor of journalism at Howard University. She teaches Reporting & Writing, Writing for the Media and the freshman seminar class of Annenberg honor students.A native of Louisa, Va., she was the first Black woman inducted into the Virginia Communications Hall of Fame.

She covered Capitol Hill, the White House and national electoral politics for NNPA from Sept. 2000 to Sept. 2010, including as an investigative reporter in NNPA’s NorthStar Investigative Reporting Program. Hazel’s coverage has included the World Conference Against Racism in Durban South Africa in 2001; the immediate aftermath of the Sept. 11, 2001 terrorist attack on the Pentagon; she spent eight days in New Orleans in the aftermath of Hurricane Katrina; she flew exclusively with the family entourage on the plane carrying the body of Rosa Parks from Detroit to Montgomery; and was among a team of journalists on a fact-finding mission in earthquake-ravaged Port-au-Prince, Haiti.

Edney has a Master’s Degree from the Harvard University John F. Kennedy School of Government, where she was awarded the William S. Wasserman Jr. Fellowship on the Press, Politics and Public Policy. She is also a graduate of Harvard’s KSG Women and Power Executive Leadership program. She was a 1999-2000 congressional fellow, sponsored by the American Political Science Association. In the nine-month fellowship for journalists, she served as a legislative aid in the personal office of Sen. Edward M. Kennedy.

Her journalism awards also include the 2011 New America Media Career Achievement Award; a fellowship at the Annenberg Institute for Justice in Journalism at the University of Southern California; the prestigious Lincoln University Unity Award in Media for economics writing;  the coveted Tisdale Award, named for crusading Black Press editor the late Charles Tisdale of the Jackson Advocate; and a string of NNPA Merit Awards, including  NNPA First Place Feature Story Merit Award 1990 for her final interview with Virginia death row inmate Wilbert Lee Evans.

Ron Harris is an adjunct professor,  managing editor of the Howard University News Service and an award-winning journalist with over 30 years of experience.  Harris was an editor, editorial writer and national and congressional reporter for the St. Louis Post-Dispatch.  He also completed two tours for the newspaper covering the war in Iraq while embedded with the 3rd Battalion, 7th Marines.  Previously, he worked at the Los Angeles Times as a metro reporter, assistant metro editor, national correspondent, columnist and foreign correspondent.  Earlier, he was an associate editor with EBONY magazine.  He also served as director of communications for Howard University and Howard University Hospital.