On Thursday, Sep. 10,  the unthinkable happened – Queen Elizabeth II, the second-longest reigning monarch in history – passed away at Balmoral Castle, aged 96. Despite her age, the long-standing queen’s passing forced the world to stop momentarily, as communities worldwide paused to mourn, or celebrate, the end of her life. BBC Africa took to Twitter to post a four minute video montage, highlighting “Queen Elizabeth II’s longstanding relationship with Africa.” The engagement ratio – 8,588 retweets to 12.6K quote tweets are an indicator of the response the video elicited from their audience. To many, the news outlet’s caption was an oversimplification of the true history of the monarchy’s relationship with the continent, which is soiled with exploitation. 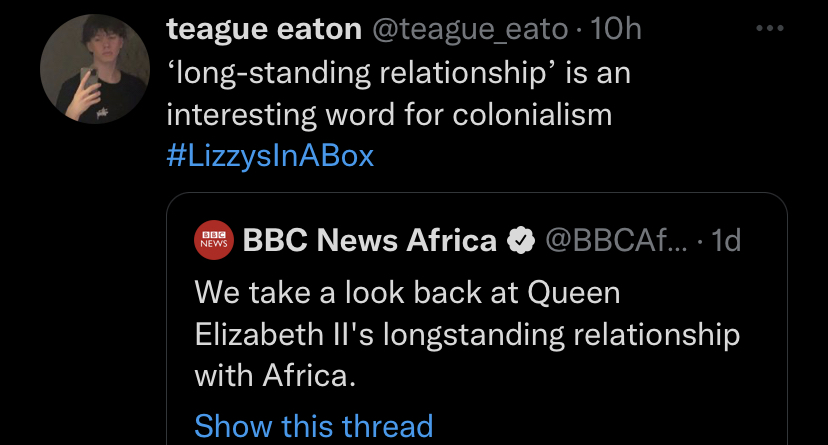 According to a timeline from Study.com, Britain gained control over 30% of the African continent between 1880-1900. This was a result of the ‘Scramble for Africa’, when European countries gathered to carve out sections of the continent for their respective monarchies. Great Britain was given southern and northeastern Africa, which subsequently resulted in decades of exploitation and pillaging under British colonialism, which still affects those countries and its people today. Between the 1950s and 1980s, most of these colonies fought for their independence with much resistance from the monarchy and its settlers. Their reward? Struggling economies and infrastructures that are still trying to recover from decades of exploitation of the natural resources, culture and bodies of their countries.

Vaccine Are Not Linked to Autism
Wait, Brooms Can ‘Stand’ Any Day of the Week?