Is D.C. Still the Chocolate City? 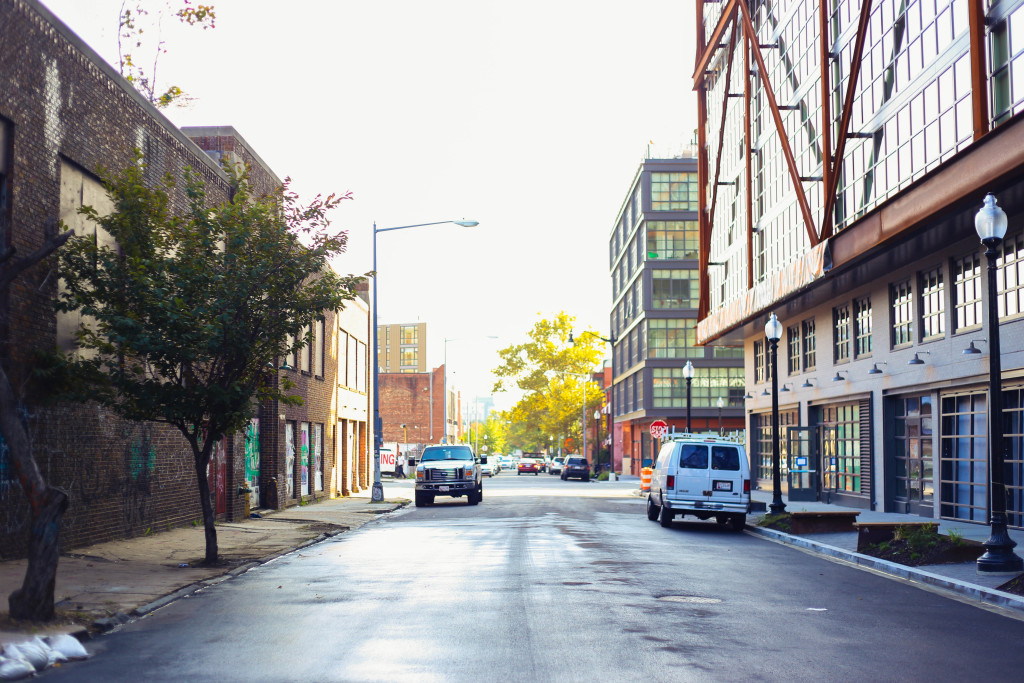 A street in the Shaw neighborhood shows the contrast between the old and new in Washington, D.C. (Photo: Kaylah Waite/TruthBeTold.news) 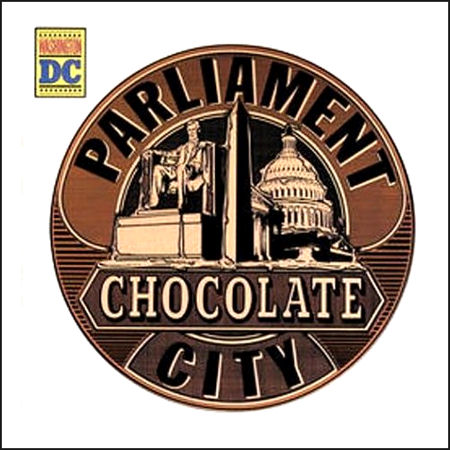 Washington, D.C., was one of the blackest cities in the United States during the 1970s. The population of African Americans peaked at 71.1 percent, and everyone from residents to radio personalities began calling it the “Chocolate City.” Parliament even released an album and single titled “Chocolate City” as a tribute to the nation’s capital with its “vanilla suburbs.”

Since then, however, census figures have shown a steady decline in the population of black residents — many of whom wonder whether the District of Columbia can still be labeled the Chocolate City.

Washington’s black history can be traced back to the early 19th century. By 1830, there were more free blacks than slaves. Together these two groups took it upon themselves to create churches, schools and businesses for their community. In 1862, Congress passed the District of Columbia Emancipation Act, officially emancipating slaves in the District of Columbia and in U.S. territories. This was months before Abraham Lincoln’s Emancipation Proclamation in 1863.

During the Great Migration, at least 5.5 million African Americans left the South between the 1910s and 1970s, notes Isabel Wilkerson, a native Washingtonian and author of “The Warmth of Other Suns: The Epic Story of American’s Great Migration.” More than 50,000 African-Americans moved to Washington, because it was seen as a place full of educational, economical and political opportunity for black people, according to an excerpt from W.E.B. Dubois’ 1917 “The Migration of Negroes.”

By this point, the Shaw area north of downtown was booming with black businesses and home to numerous landmarks such as Howard University, the Lincoln Theater and the first African-American YMCA. It was not uncommon to see prominent black people like Duke Ellington, Ella Fitzgerald, Cab Calloway, Nat King Cole and the Rev. Dr. Martin Luther King Jr. strolling down U Street. 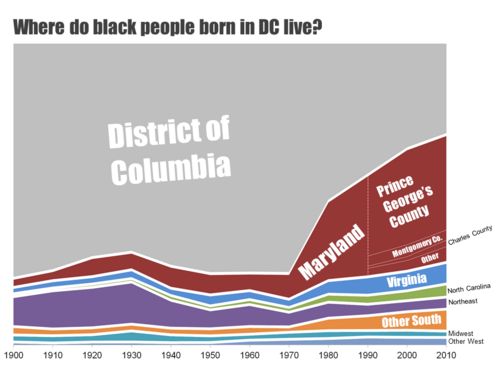 A growing number of Washingtonians have moved to Prince George’s County, tripling from 8 percent to 27 percent from the late 1960s to 1980. (Graphic: Danielle Ledbetter and Kaylah Waite)

The decline of African-American residents in D.C. was first noticed in the 1970s as they started to move to Maryland and Northern Virginia. Only 8 percent of D.C.-born African-Americans lived in Maryland prior to passage of the Fair Housing Act of 1968, which provided access to housing options that were previously unavailable. By 1980, the number tripled to 27 percent, according to the University of Minnesota’s Integrated Public Use Microdata Series, using data collected by the U.S. Census Bureau.

Meanwhile, the white population fluctuated, inching upward from 27.7 percent in 1970 to 29.6 percent in 1990 and starting the transformation of centrally located neighborhoods. While this was only a 2 percent increase, the black population dropped by more than twice as much, falling 5.3 percent during the same period, from a peak of 71.1 percent to 65.8 percent.

“Once the city gets home rule in 1974, black constituents now as opposed to being subjects of the federal government now demanded that the city government do something about gentrification,” said George Derek Musgrove, history professor at the University of Maryland who is co-authoring a history of race and democracy in the District.

As a result, Musgrove said, the city passed various laws that allowed poor people to fight back against gentrification. These laws regulated rent control and established cooperatives to buy apartments. Some community groups were able to do that in places like Adams Morgan.

For more than three decades, some residents have been claiming that the renewal and rebuilding in Shaw and other neighborhoods, along with the steady decline in the city’s black population, are all part of “The Plan” for white people to “take back” D.C. Lillian Wiggins, a former columnist at the Washington Afro-American newspaper, first wrote about the conspiracy theory in 1979.

Throughout the District’s history, Musgrove said, mayors have made it easy for white residents and businesses to buy property and invest. “Mayor Anthony Williams just says flat out I’m going to bring 100,000 people back to the city, and I’m going to go into business conventions and beg everyone to come here and invest,” he stated.

Williams put various policies in place that made it very attractive for businesses to come into D.C. The mayor gave these businesses and residents tax breaks and real estate bargains, Musgrove said. ”His efforts were helped out by the housing boom, and he meets his goal.” 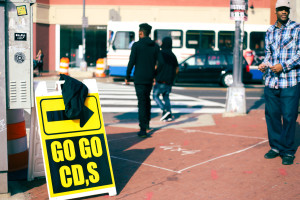 Go-go music drifts out of a store at a U Street intersection, where Seventh turns into Georgia Avenue. Listeners often stop and dance on the corner. (Photo: Kaylah Waite/TruthBeTold.news)

Gregory McNeal, an African-American who grew up in Washington, sees no end in sight. “They’re going to push all of the black businesses out too, because there’s no one to support them,” McNeal says. “That’s what’s gonna happen to go-go. It’s set up to fail.”

Once the heart of African-American business and culture — from jazz to go-go, the conga-driven music that is considered the soundtrack of D.C. — Shaw is now home to fusion restaurants and new condominiums. The DCist labeled Shaw the “most whitened”`neighborhood in the District, based on a national analysis of Zip codes by Michael J. Petrilli, president of the Thomas B. Fordham Institute in Washington.

“I feel like D.C. is no longer the Chocolate City, because of the amount of gentrification and the demographics are changing,” says Kobi Marshall, 22, who was born in Washington.

“They are ripping down mom-and-pop shops and replacing them with high-priced condos,” she adds. “It’s causing the cost of living for the city to go up to where a lot of African Americans can no longer afford it, and they’re moving out to the suburbs of Maryland.”

While McNeal laments the changes, he tries to take an objective look at gentrification. “We could’ve did all these things — build the buildings, fixed this and that — but we didn’t,” he says. “At the end of the day, we have to take responsibility, too.” 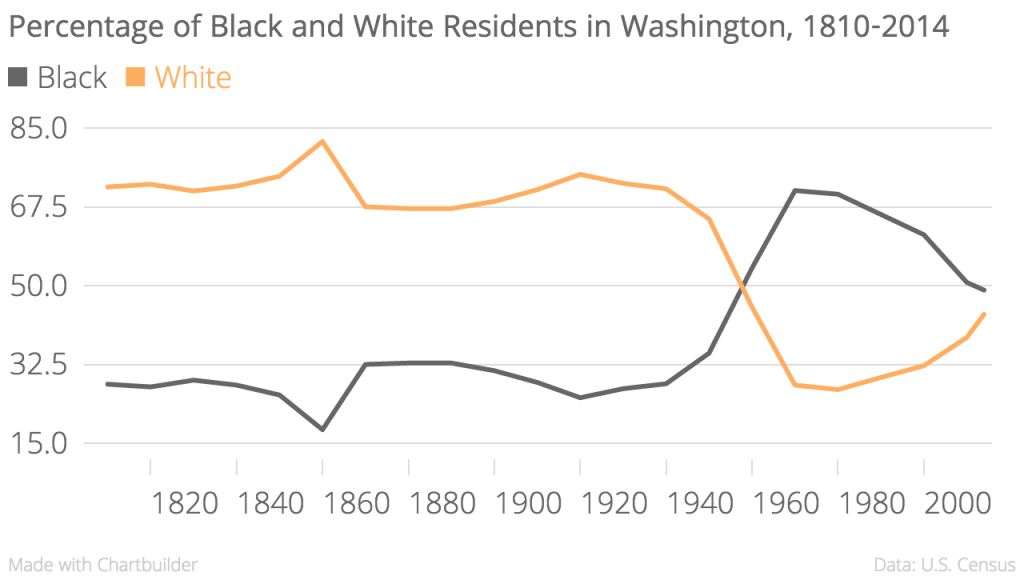 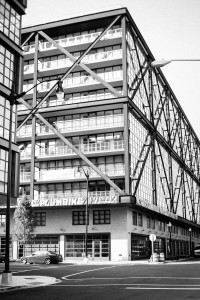 Tax breaks and other policies made the District attractive to businesses, says author and historian Derek Musgrove. (Photo: Kaylah Waite/TruthBeTold.news)

So, is D.C. still the Chocolate City? Like Marshall, Ford also says no. TruthBeTold.news rates their statements as being half true.

Washington, D.C., is no longer No. 1 in the proportion of African-American residents, among places with a population of 100,000 or more. That distinction now belongs to Detroit, which had a black population of 82.7 percent based on the 2010 census, versus 50.7 percent for Washington.

At the height of D.C.’s Chocolate City days in the seventies, the population was 71.1 percent black, compared to 43.7 percent for Detroit. The Motor City took the lead the 1990s and has held onto it ever since.

However, the name Chocolate City still resonates with some District residents who have fond memories of a lively, cultural movement to a go-go beat.

Correction: We incorrectly stated that Washington was the first free part of the nation when Congress passed the District of Columbia Emancipation Act in 1862. However, some Northern states outlawed slavery before 1862. According to Ohio History Connection, for example:

“Ohio’s first constitution, the Ohio Constitution of 1803, outlawed slavery. This was a requirement of the Northwest Ordinance of 1787. Despite this legal protection, some African-American Ohioans were actually slaves. Slave owners lived especially in southern Ohio. If a sheriff or some other law enforcement official accused the owner of violating the law, the slave owner would simply transport his slave or slaves across the Ohio River to the slave-holding state of Kentucky.”

Danielle Ledbetter and Kaylah Waite are reporters for TruthBeTold.news, a fact-checking site based at Howard University.

Kaylah Waite Kaylah Waite, a film major at Howard University, is a reporter and photographer for TruthBeTold.news.