Many voters in the eastern part of the U.S. awoke to a pouring rain on Election Day, but the nasty weather didn’t wash away people’s desire to be heard.

At polling locations in Washington, voters still came out to perform their civic duty. The morning rain cleared up around noon, leaving the streets wet and cold. But the rain did not seem to dissuade voters at the Cesar Chavez Middle School polling place in Northwest Washington. According to Bobby Holmes, a volunteer outside the polling place, almost 700 people had come through the location to vote between 7 a.m. and 1:30 p.m. Holmes had also volunteered during the midterms in 2014 and saw only 200 to 300 people at that time. Despite the weather, he said, people are tired of current government and intent on voting.

Another Shaw polling place, the Banneker Recreation Center, also saw a steady flow of voters. Cree McCants, an American University student volunteering for a Board of Education candidate, said that people were still willing to stop and chat about the candidates.

When light rain began falling again at 2:15 p.m., voters there stayed in line and raised their umbrellas, not willing to let a little rain stand between them and the ballot.

Across the country in contentious races, determination seemed to be the theme, rain or shine. Howard University News Service reporter Sydney Williams, in Atlanta covering the Georgia gubernatorial election, said the weather was the least of everyone’s worries. Though it rained in the morning, the weather had cleared up considerably, leaving a warm but overcast day in Atlanta. On the other hand, voter purges, hours-long delays and power outages all were affecting people’s ability to vote in Georgia. Still, Williams said, many black people in Atlanta were excited to vote and support Stacey Abrams in her quest to become the first black female governor in the nation.

In Tallahassee, Florida, Howard University News Service reporter Maya King reported that Andrew Gillum’s camp had been actively trying to counteract the possible effect of bad weather. She said Gillum’s camp was seen giving out umbrellas and even feeding people in Miami. King noted that the rain may have played a more significant role in counties with fewer polling places. Voters may not have wanted to wait in long lines outside, especially if it was muggy and rainy.

The weather previously played a greater role in voter turnout, but the effects have been dwindling, researchers said. Still, a 2017 study showed that there is a mild effect, if minimal, on voter turnout when it rains. In fact, the study determined that there tends to be an increase in Republican voters and a decrease in Democratic voters on rainy Election Days. Tuesday’s results will be a good case study.

DeSantis Called Tallahassee the State’s “Most Crime-Ridden”City. Its Citizens (and Stats) Say Otherwise.
Initiative 77 Was Approved–Then Repealed. I’m Confused: Do I Still Need to Tip My Server? 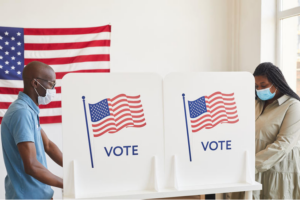 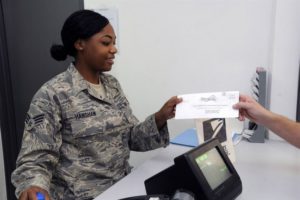