With over 75 million members, millennials became the largest generational group in the labor force in 2016. This group has very different values than the older generations. Their outlook on work has generated a lot of buzz, leading to them being known as the job-hopping generation.

Data from a 2018 Visier research report shows that millennials are twice as likely to resign from a job in search of a better opportunity. The research also shows millennials change jobs within a company almost twice as often as non-millennials (22 percent compared to 12 percent).

Keeping in mind millennials are marrying and starting families later than older generations, it is no surprise that they don’t feel obligated to stay in roles that aren’t the right fit. They are less likely to make sacrifices due to other responsibilities.

The 2018 Deloitte Millennial Survey reported, “43 percent of Millennials envision leaving their jobs within two years while only 28 percent seek to stay beyond five years. The 15-point gap was a seven-point increase from the previous year.”

Lyman Stone’s Vox article about the myth of the job-hopping millennial challenges the idea that millennials are not staying in jobs for long.

“When the image of rootless millennials is conjured up, it doesn’t refer to employment or geography. Maybe it refers to a growing alienation from traditional social forms,” he writes.

In a Bloomberg Businessweek article entitled “What’s Discouraging Millennials from Starting a Family?” the author details the economics behind some of millennials’ most important life decisions.

“Student loans, coupled with high housing prices in many markets, have helped push down the rate of homeownership among people under age 35, to 35 percent last year from 42 percent in 2007, says Jessica Lautz, director of demographics and behavioral insights at the National Association of Realtors.”

This age group is not necessarily job hopping by personal choice. The current economy and job market has forced millennials to constantly seek their next move.

A Forbes article further explains this reasoning: “Job security to past generations meant staying in the same place, climbing the career ladder, and 401(k)s. Whether you blame parenting styles, lack of great leadership, or a plummeting economy, that ladder climbing system is no longer working.”

In conclusion, millennials are less wedded to long careers at the same company. They are more open to opportunities that will afford them upward mobility. They have the freedom to make job changes more frequently because they are starting families later in life.

Black May Not Crack, But It Definitely Will Burn
Why Your Favorite Songs Seem to Leave You Wanting More 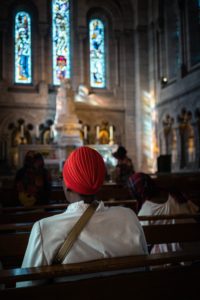