Amid the Music Streaming Rush, a Vinyl Revival

After nearly vanishing from store shelves and most households, vinyl records are making a strong comeback.

More than 16 million vinyl albums were sold in the U.S. in 2018, producing vinyl’s highest total revenue in 30 years, according to the Recording Industry Association of America (RIAA). Of course, the $419 million in vinyl sales last year was only a small part of the $9.8 billion total in recorded music revenue. But it is one segment of the industry where the numbers are moving in the right direction.

Vinyl records have been around nearly 100 years, with RCA Victor credited with bringing the first commercial long-playing (LP) record to market in 1930. That early record, described as a “program transcription,” was designed for playback at 33-1/3 rates per minute (rpm) and “pressed on a 12-inch diameter flexible plastic disc,” according to the Vinyl Revivers, a music enthusiasts website.

In the decades that followed, sales of LPs grew steadily, soaring to a high of 341 million albums sold in 1978. The introduction of cassette tapes and later, compact discs, in the 1960s and 1970s led to vinyl shipments being reduced by more than half from 1984 to 1988, a 2014 Spin article reported.

But vinyl sales did not have a straight downward trajectory. In the early 2000s, sales fluctuated. Then came digital downloads and streaming, which caused another dip. Fewer than 1 million LPs were sold in 2006, the low point for vinyl before it began rebounding in recent years, according to RIAA reports.

With the physical record industry rebounding, some companies have decided to jump on the vinyl train again. One of the largest record companies, Sony Music, announced it would start pressing vinyls again in 2017. The last time Sony had pressed any vinyl was 1989.

The reasons for the comeback are varied, including savvy marketing. Some record labels, such as independent record label Stones Throw, based in Los Angeles, distribute vinyl on its own but also packaged along with digital releases.

Whether it be for collecting, listening pleasure or household decor, vinyl records often are special to their owners. Many consumers enjoy vinyl’s “superior sound quality,” according to the Vinyl Revivers. Unlike MP3 and other digitally compressed formats, no audio quality is lost when pressing a record.

Some enthusiasts simply prefer listening to vinyl for the aesthetic,  the satisfaction of placing the needle on the record. An outtake from NPR’s “Talk of the Nation” captured an interviewee named Laura, who expressed it this way: “I prefer vinyl. …Listening to music is an experience, and a full experience includes putting on the record, moving over the needle and sitting back and rocking out.”

Has Daylight Saving Time Outlived Its Usefulness?
Black Millennials May Be Leaving the Church, But Not the Faith 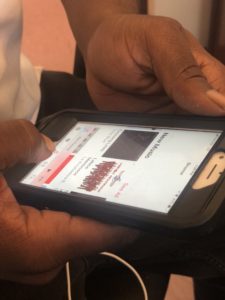 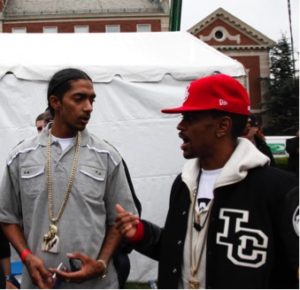