The $150,000 advertisement, interspersed with rhymes from rapper Aspiring Mogul and bits from Carson’s stump speech, will air for two weeks in eight urban markets.

The ads are an attempt to connect with black voters “on a level they appreciate and follow and see if we can attract their consciousness about the election,” Carson campaign spokesman Doug Watts told ABC News. “They need to get involved and express their voice through their vote.”

Carson has a firm hold on second place in the race for the GOP presidential nomination, without much sign of slowing down. This is an odd territory for Carson — being that he is, among other things, a black man.

Other than the rap ad, Carson hasn’t done much to address the black vote head on nor does he have dedicated campaign staffers who focus specifically on outreach to African Americans, unlike some of his opponents. All of this — combined with controversies over his comments and questions about his past — contributes to statements that the former neurosurgeon and Democrat will have a hard time helping the Republican Party attract enough black voters to win the Oval Office.

TruthBeTold.news decided to take a closer look at Carson’s prospects with African Americans as he prepares for another opportunity to woo voters on the main stage of the Fox Business Network debate at 9 p.m. today in Milwaukee.

Harvard scholar Leah Wright Rigueur, Ph.D., argues that the GOP is in the middle of a race crisis.

Citing the 2012 election results, where 80 percent of all non-whites voted for President Barack Obama, Harvard scholar Leah Wright Rigueur, Ph.D., argues that the GOP is in the middle of a race crisis.

“During time of a racial crisis, black voters tend to reject the Republican Party,” said Wright Rigueur, a professor of public policy at Harvard’s Kennedy School of Government. “That’s because African Americans generally do not trust the Republican Party to have their best interest in mind when it comes to racial issues.”

Mitt Romney, the Republican nominee, received the lowest amount of support from black voters since 1964 — only 6 percent. And black turnout at Republican primaries barely hits 2 percent. So how is Ben Carson, a black man, running a successful campaign for the GOP nomination? He isn’t necessarily relying on black votes.

Long before he became a political figure, Carson’s 1992 autobiography “Gifted Hands” made him folk hero among African Americans after detailing his rise from poverty in Detroit to becoming one of the country’s top physicians. By the time his made-for-TV movie came out in 2009, Carson’s already numerous speaking events mushroomed — only this time his audiences all across the country were filled with white, evangelical Christians.

They were enamored with Carson’s up-by-his–bootstraps brand of conservatism exhibited in his personal story, and it has paid dividends for him. The Carson campaign recently announced that it had raised the most among Republican candidates in the third quarter with $20.8 million in donations. Most of these are in the form of small contributions from white conservatives, with whom Carson’s message resonates.

This message has consistently gotten Carson in trouble in the media (and with black folks) since his infamous political debut at the 2013 National Prayer Breakfast, where he slammed President Obama. Some of Carson’s positions have cost him heavily among voters not affiliated with the Christian Right — like his outright refusal to see a Muslim president in office, accusing Black Lives Matter activists of “bullying” and, most recently, telling victims of an Oregon school shooting that they should have fought back.

Though controversial, Carson is not entirely unpopular among African-American voters, as they hold him at an almost 35 percent favorability rating, according to The Economist/YouGov survey in October. That’s up from 29 percent in April, but far from Hillary Clinton’s firm hold of 71 percent.

However, the YouGov poll is an opt-in online survey, a method that has not yet gained full acceptance from pollsters around the country. Online polling is still in its infancy, compared to polls conducted over telephone, the industry standard, according to Cliff Zukin, past president of the American Association for Public Opinion Research.

Black conservatives do exist, but their impact on the race may be limited, as they comprise a limited number of voters. So, while Carson may be polling relatively well among African Americans now, that doesn’t guarantee that they will vote for him — especially with only 11 percent of eligible African Americans leaning Republican, on occasion.

In a head-to-head with Clinton, Carson held 19 percent of the black voters surveyed, compared to Clinton’s 73 percent, according to a November poll by Quinnipiac University (conducted via phone).

While his slice of the African-American vote pales in comparison to President Barack Obama in 2008 or 2012 (or even Clinton’s), 19 percent is significant, though it may not be enough to win the race, according to Wright Riguer.

“It’s not enough just to have a black face run for a Republican nomination,” says Wright Rigueur, the author of “The Loneliness of the Black Republican.”

“Even among the most conservative African Americans, a Ben Carson figure doesn’t really fit into their ideas of what a candidate that speaks to them would look like.”

Some say Carson’s growing momentum is enough to lure African Americans to the GOP and help him get elected. TruthBeTold.news rates this statement as mostly false.

A recent survey from the University of Cincinnati, tracking the 2014 midterm election in Ohio, concluded that black voters are more likely to vote for black candidates — unless the candidate was running as a Republican.

Carson is extremely short on race, exemplified by the time he told fans at a NASCAR rally that flying the Confederate flag was OK, as long as it was on private property. 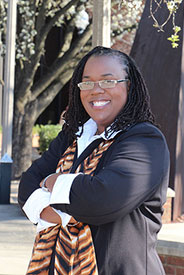 “Republicans either don’t talk about race or they avoid it,” said Angela K. Lewis, Ph.D., of the University of Alabama.

“Republicans either don’t talk about race or they avoid it,” said Angela K. Lewis, Ph.D., the director of the political science program at the University of Alabama and author of “Conservatism in the Black Community: To the Right and Misunderstood.”

“And considering everything that has happened in this country with the shootings of black men, how can a black person go to the voting booth and not think about that?”

And when they think about Carson, political experts say, many black voters don’t see someone who is going to have their back in a time when they may need it most. Instead, they view Carson as the man who rode the black community to stardom and abandoned them for a whole new base — and Carson will either sink or swim, without a lion’s share of black voters.

Daniel White is a writer for TruthBeTold.news and a reporter at TIME Magazine’s Washington Bureau. You can find him on Twitter at @danielatlarge

Fact-Checks From the Republican Debate 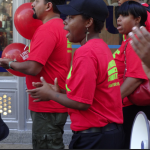 Minimum wage was one of many questions at the Republican debate sponsored by the Fox Business Network on Tuesday. Ben Carson highlighted the employment rate of black teenagers in his response:

“Every time we raise the minimum wage, the number of jobless people increases. It’s particularly a problem in the black community. Only 19.8 percent of black teenagers have a job, who are looking for one. You know, that and that’s because of those high wages. If you lower those wages, that comes down.”

Carson is slightly off  on the percentage of working black teens between the ages of 16 and 19. According to the U.S. Bureau of Labor Statistics, the rate was 19.1 percent for August and 19.7 percent for September. The latest figure is 20.1 percent for October.

Additionally, PolitiFact rated Carson’s statement that an increase in the minimum raise caused a rise in unemployment as being false in an article by Louis Jacobson.

Here are a few fact-checks on the GOP debate by PolitiFact, one of our content partners. Click the statement to read more:

“Over half of the black workers in this country earn less” than $15 an hour.

Income inequality “seems to be worst in cities run by Democrats.”

PolitiFact rating: Half True — “It doesn’t mean much.”

Does Planned Parenthood Have a Strategic Plan for Black Genocide?
Is D.C. Still the Chocolate City? 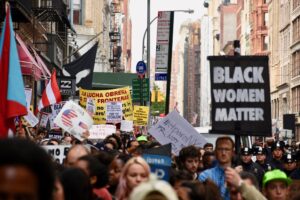 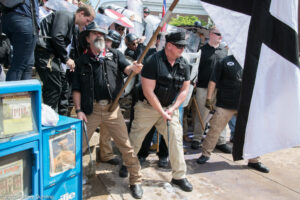 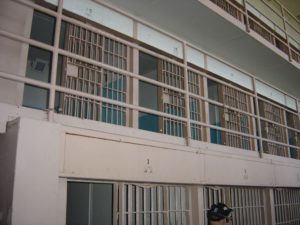