Does Planned Parenthood Have a Strategic Plan for Black Genocide?

“Seventy-eight percent of their clinics are in minority communities,” anti-abortion website blackgenocide.org stated on its website. “Blacks make up 12 percent of the population, but 35 percent of the abortions in America. Are we being targeted? Isn’t that genocide?”

So how true are these highly circulated statements about genocide? Let’s explore.

In order to get to the truth, it’s worth noting that at the heart of this argument lie the well-known beliefs of Planned Parenthood’s founder, Margaret Sanger.

Sanger was indeed a vocal supporter of eugenics – the belief that touted “desirable” traits over “less desirable” ones. Eugenicists hoped that individuals with “desirable” traits would breed with each other to create a dominant race without ailments. Many eugenicists went as far as to state that racial and ethnic minorities were often carriers of  unfavorable traits.

Though this belief is now widely debunked, it rose in popularity during a time when the fight for birth control was not publicly accepted. Some supporters of eugenics believed that birth control could be a useful tool to stop individuals with “unfavorable traits” from reproducing. It could be concluded that Sanger’s support in eugenics during the ascendance of the birth control acceptance was both ideological and strategic, which is illustrated in her 1933 essay.

It should also be noted that there is no significant proof that Sanger was a supporter of racial-based eugenics. This has been noted on several occasions, but particularly in a 1957 interview.

“The Negro Project” was established in 1939 from Sanger’s Birth Control Federation of America (BCFA), a predecessor of Planned Parenthood. The “Negro Project,” which was widely supported by famed black thinkers Mary Mcleod Bethune and W.E.B. DuBois, among others, aimed to make birth control accessible to blacks, according to Dorothy Roberts’ “Killing the Black Body.”

Because of segregation politics during the time, the birth control clinics that opened in the South were inaccessible to blacks. Sanger’s “Negro Project” aimed to open clinics operated for and by blacks. The Negro Project, according to “Killing the Black Body,” was a true effort to bring wider education and access to blacks who couldn’t obtain it otherwise.

Another often argued point comes from a December 1939 letter written by Sanger that many use as proof of Planned Parenthood’s planned genocide of African-Americans.

The highly debated paragraph of the letter reads, “We don’t want word to go out that we want to exterminate the Negro population, and the minister is the man who can straighten out that idea if it ever occurs.”

Some anti-Planned Parenthood activists have presented Sanger’s remarks as proof that her intentions were rooted in black genocide. PolitiFact analyzed the remarks and came to the conclusion it wasn’t meant to be offensive.

It should also be noted that Sanger had nothing to do with the direct implementation of the Negro Project, which ultimately failed in its disregard of black families’ needs.

“Our founder, Margaret Sanger, had beliefs, practices and associations that we acknowledge and denounce. Margaret Sanger rightly believed that a woman’s right to control her body is a core human right but she wrongly did not extend that core belief at all times to all women. The way forward is to acknowledge these wrongs, encourage open conversation and continue to address racism wherever it exists – outside or inside our organization,” Ferrell-Zabala said. “This is an important moment for people and groups of privilege to acknowledge and dismantle histories of racism — including Planned Parenthood. We are working to dismantle systemic racism, and a necessary part of that work is to acknowledge our history and encourage open and honest conversations to move toward change.”

As we look to facts of today, TruthBeTold.news concludes that “black genocide” isn’t a strategic plan concocted by Planned Parenthood, which provides health care to 370,000 black people each year. Significant research highlights the importance of women’s ability to choose when and how to have their pregnancies, which has shown to improve their family’s economic stability, improve mental health and improve the well-being of the children.

Moreover, distinct evidence shows that black women are four times more likely to get an abortion than white women. This phenomenon has been explained as a correlation to black women’s poor access to the most effective forms of contraception, which can be further related to overall health care barriers. It’s also worth noting that nearly one in three women will have an abortion in her lifetime. Furthermore, abortions are 3 percent of all of Planned Parenthood’s services, and one in three Planned Parenthoods are in minority communities.

We are proud to serve women of color with high-quality care, and most importantly, work with leaders in the community to best reflect the needs of our supporters, our partners, and our patients,” Ferrell-Zabala said.

Maya Cade Maya Cade is a reporter, editor and web producer for TruthBeTold.news. She is also executive editor and co-founder of ATribeCalledNews.com and former deputy editor of The Hilltop at Howard University, where she is a senior majoring in journalism. Maya is passionate about all things digital, minority and women. Follow her on Twitter @mayascade. 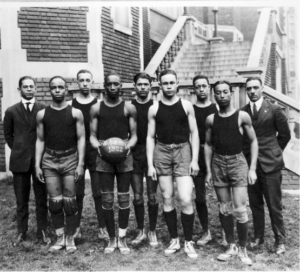