George Clinton on the Mothership, the Smithsonian — and Funk 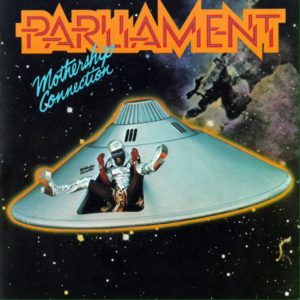 The Mothership is the space vehicle of George Clinton aka Mr. Funkenstein and his wingmen of Supergroovalisticprosifunkstication. As part of the Parliament-Funkadelic theory, it existed as a fictional vehicle of funk arrival to engage fans who were down with the P-Funk movement. After the success of his hit “Chocolate City,” Clinton says, the Mothership was later developed into a physical prop and a driving force behind his extravagant concerts. The Mothership appeared all across the world at Clinton’s performances in the seventies

But whatever happened to the Mothership?

In this interview, you will hear Mr. P-Funk himself sharing his feelings about the Mothership’s induction into the new National Museum of African-American History and Culture. Clinton clears the air on whether the Mothership at the Smithsonian is the original one or a duplicate, during a concert stop in Washington, D.C. He also vows to fight for the funk in the halls of Congress and elsewhere, as he emphasizes the importance of the Mothership to African-American history and culture.

Also see, “Is D.C. Still the Chocolate City?” by Danielle Ledbetter and Kaylah Waite, winners of a 2016 Salute to Excellence Award from the National Association of Black Journalists.

His Purple Badness: 5 Conspiracy Theories About Prince
#nomakeup with a little help?