After touting the drug  hydroxychloroquine as a treatment for COVID-19 for weeks, President Trump has now disclosed that he is taking it himself as a precaution.

In mid-March, Trump began making statements promoting the drug that have led to increased demand and limited availability of the antimalarial, arthritis and lupus treating medication. He made the comments despite little scientific evidence of its effectiveness against the coronavirus. On May 18, he told reporters that he had been taking hydroxychloroquine for about a week and a half.

According to The Washington Post, hydroxychloroquine reduces inflammation in patients with arthritis and prevents organ damage and inflammation in lupus patients. Preliminary research has shown that it may not only be ineffective in treating COVID-19, but could also be harmful.

Premier Inc., a healthcare group purchasing company, published data that found that more than 2,300 units of chloroquine were ordered through March, compared with an average of 149 units a month from January 2019 to February 2020.

The Food and Drug Administration “issued an Emergency Use Authorization to allow hydroxychloroquine sulfate and chloroquine phosphate products donated to the Strategic National Stockpile to be distributed and used for certain hospitalized patients with COVID-19,” according to an FDA news release. The agency later issued an alert warning against using the drug as a COVID-19 treatment outside of a hospital or clinical trials, citing the risk of heart problems.

In an April 5 briefing, Trump said: “And the other thing that we bought a tremendous amount of is the hydroxychloroquine–hydroxychloroquine–which I think, as you know, it’s a great malaria drug. So, there are some very strong, powerful signs, and we’ll have to see. Because again, it’s being tested now.”

His assertions had wide-ranging impact.

Trump’s repeated remarks encouraging the use and purchase of hydroxychloroquine, which is in early stages of testing for possible COVID-19 treatment, influenced many practitioners to request prescriptions for themselves and their families, The New York Times reported.

Advocacy group Free Press requested that the Federal Communications Commission investigate Trump’s misinformation concerning the effectiveness of the drug and held broadcasters responsible for spreading the claims as they relate to the proposed treatment for COVID-19.

Trump’s statements like, “There’s reason to believe it could be successful here… we have some tremendous results,” received so much attention that there were reports that some lupus and arthritis patients in need of the drug experienced shortages, which could lead to debilitating conditions.

Trump has referenced a French study published in the International Journal of Antimicrobial Agents. The study involved 20 people who were also taking the antibiotic azithromycin and found that “hydroxychloroquine treatment is significantly associated with viral load reduction/disappearance in COVID-19 patients.”

Art Caplan, head of the division of medical ethics at the New York University School of Medicine, spoke with CNN about how the small scale of the study lessens its significance and is “just a jumbled mess,” he said.

Caplan explained that “several patients who took the drug, and ended up fairing poorly, dropped out of the trial, and their outcomes were not factored into the study’s final conclusions.”

Doctors Jinoos Yazdany, chief of the Division of Rheumatology at Zuckerberg San Francisco General Hospital, and Alfred H.J. Kim, assistant professor of rheumatology at Washington University School of Medicine, published in the Annals of Internal Medicine journal, “The hasty and inappropriate interpretation of the literature by public leaders has potential to do serious harm. At this time of crisis, it is our ethical obligation as physicians and researchers to organize and refer patients to expedited, well-performed randomized trials that can clarify if, when, and for whom antimalarial medications are helpful in COVID-19.”

Trump’s effort to consistently praise hydroxychloroquine as a successful COVID-19 treatment, despite National Institute of Allergy and Infectious Diseases director Anthony Fauci’s failed attempts to truthfully address the matter during briefings has raised concern for news outlets and Americans.

Concerns raised include speculation–thus far unproven–that Trump somehow may be receiving a profit from hydroxychloroquine sales, and for that reason, he promotes the medication with little evidence of its effectiveness.

“The data are really, just at best, suggestive,” Fauci said on CBS’s April 5 Face the Nation. “There have been cases that show there may be an effect and there are others to show there’s no effect. So, I think in terms of science, I don’t think we could definitely say it works.”

During the April 5 COVID-19 task force daily briefing, Trump intervened before Fauci could respond to a reporter questioning the medical evidence behind the claim that hydroxychloroquine treats the virus.

According to a Reuters article, healthcare workers throughout the country are prescribing and using hydroxychloroquine on patients in their care who have tested positive for the coronavirus.

“Some [doctors] said they had come under pressure from patients to use the therapies widely touted by Trump and other supporters,” the article said.

Mangala Narasimhan, regional director of critical care at Northwell Health, told Reuters, “In my opinion, although it is very early, I do not see a dramatic improvement from the hydroxychloroquine in these patients,” referring to those with severe COVID-19 taking hydroxychloroquine.

This Isn’t the First U.S. Pandemic. So Why Such Extreme Measures This Time?
Uncharted Waters for International Students 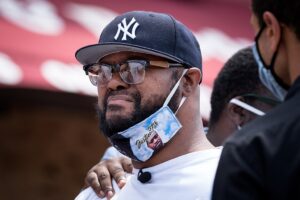 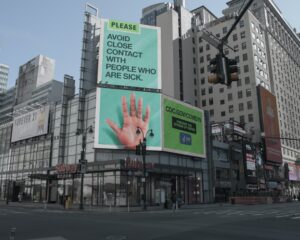 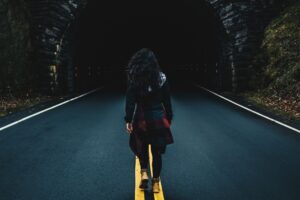