But WHY Did They Kill George Floyd?

The medical evidence is definitive on how George Floyd died: asphyxiation, “the state or process of being deprived of oxygen.” And his death was a homicide, “the deliberate and unlawful killing of one person by another.”

It is just as certain who killed him: prosecutors have filed murder charges against four Minneapolis police officers. Some of their words and actions were captured in real time by public bystanders, and have been broadcast countless times for all to hear and see.

Even though formal legal proceedings are underway, it is less clear why they killed George Floyd in response to a complaint that someone paid for a pack of cigarettes at a neighborhood store with a $20 bill that may have been counterfeit.

“George wasn’t hurting anyone that day. He didn’t deserve to die over $20,” his brother Philonise testified before the House Judiciary Committee a day after George was laid to rest. “I’m asking you, is that what a black man is worth? $20?”

Jurors will weigh those facts and others, then render a verdict on whether what happened to George Floyd was murder under Minnesota law.

A fuller understanding of why he died in the way that he did may lie in answers to other questions. None of those answers is necessarily conclusive, and some may contradict others. Yet all are backed up by facts of black life in America that some say cannot be ignored, especially when police are involved.

Where did George Floyd die?

Minneapolis “has had to deal with the harsh realities of contentious/strained police community relationships,” Marvin Owens Jr., senior economic director of the NAACP, observed in a report last year.

“We realize decades and decades of economic discrimination and economic injustice are fueling frustrations in many cities across the Country where often all it takes is one incident to ignite violence.”

“One only has to look at the faces of the African-Americans living in impoverished neighborhoods, attending failed schools, over represented in a broken criminal justice system, and suffering from covert and overt employment discrimination on a daily basis to see that not everyone is enjoying the prosperity of Minnesota,” William C. Jordan Jr., the local NAACP president, said.

“If the growing disparities, in education, economics, criminal justice are not addressed immediately,” Jordan said, “our children will not have a future.”

Was George Floyd killed because of who he was?

Maya Wiley, former head of the Civilian Complaint Review Board in that monitors police in New York City, said on CNN that Floyd’s race and gender were relevant factors in his death. Nearly one of every 1,000 black men and boys are killed by police, she said, pointing to a 2019 study that suggested they were more than twice as likely as white boys and men to die that way.

Was the killing of George Floyd a result of white racism?

Two of the officers involved in his death are white. But one other is Asian, and another, black.

“The race of the officer doesn’t matter when it comes to predicting whether black or white citizens are shot,” said  Michigan State University psychology professor Joseph Cesario, co-author of the study Wiley cited.

Why was George Floyd being arrested for such a seemingly minor offense?

Criminal offenses are defined and categorized differently throughout the nation, and it was unclear why George Floyd was being taken into custody after allegedly passing a phony $20 bill.

However, a 2018 study by law school professors at George Mason University and the University of Georgia found that police arrest black persons for many misdemeanor-level crimes at more than twice the rate that they arrest whites.

One reason, researchers said, may be because many misdemeanors are “crimes of poverty, and centuries of racial oppression have produced a society in which race corelates with wealth;” but, they cautioned, that was not a determinative factor.

Another reason, the researchers said, may be because some misdemeanors “are most amorphously defined and entail the most discretion in enforcement” by individual police officers.

Most recently, an Atlanta police officer shot and killed Rayshard Brooks following a struggle that developed as Brooks was being handcuffed and arrested following a complaint that he had fallen asleep behind the wheel of his car in the drive-thru lane of a fast food restaurant and was drunk.

Why did police treat George Floyd the way they did?

One of every five Minneapolitans is black, but so are three of every five persons on whom city police use physical force. “Police in Minneapolis used force against black people at a rate at least seven times that of white people during the past five years,” The New York Times reported.

George Floyd died after being held in a neck restraint. Minneapolis police officers used such techniques, generally referred to as chokeholds, at least 237 times in the years since 2015, an NBC News analysis of police records found. In 44 of those instances, the individual lost consciousness. Twenty-seven of the 44 were black.

David Schultz, a professor at Hamline University in St. Paul, told The New York Times that such disparities in police treatment reflect differences in education, income and unemployment, and formed “a living laboratory on everything you shouldn’t do when it comes to police use of force.”

A 2018 article in  the Journal of the National Medical Association  characterized such realities—segregated neighborhoods with high rates of poverty and unemployment, lower educational attainment and higher rates of incarceration—as components of “structural racism.”

Similar social determinants have been raised to assert that just as health science alone does not explain why George Floyd died as he did, science- and data-based diagnoses alone do not explain why the Covid-19 virus has taken an especially harsh toll in communities of color.

The Chicago Tribune reported, for instance, that the highest rate of infections over one particular month occurred in the city neighborhoods with the highest rates of crime and gun violence.

“This is what inaccessibility to gainful employment and quality education means. If you have someone who has been historically dispossessed (of jobs, housing or education), most crimes are done for survival,” University of Illinois at Chicago professor David Stovall told The Tribune, echoing the NAACP’s description of black life in Minneapolis. “Often the narrative is they are bad people. We don’t take into account [that] this is a bad situation.”

Michelle A. Williams and Jeffrey Sanchez of Harvard’s school of public health, wrote in The Washington Post that black and brown Americans “make up a disproportionate number of essential workers who have stayed on the job through lockdowns, and thus are at higher risk of contracting the disease. And when they do fall ill, they are more likely to receive worse care than white Americans do.”

In the aftermath of Floyd’s death, David McAtee, a well-known black restaurant owner in Louisville, was killed when police officers and national guard members fired on a group of persons lingering after curfew hours.

“Louisville is like so many other cities,” Christopher 2X, a local activist against gun violence told The Washington Post. “Because of the pandemic, because of the issues with job losses and unemployment connected to it, I think there is a lot of built-up frustration along with the compounding issues that went with everyday life, especially in poor communities.”

Not all of the examples of the dilemma are as dramatic as the deaths of George Floyd, Breonna Taylor, David McAtee, Rayshard Brooks and others. Late last year, ignoring facts of black life were cited as a reason why healthcare policy directives designed to be colorblind ultimately were determined to be racially biased.

Further study discovered, however, that the black patients’ bodies were in worse shape than the white ones. The reason the black patients had not spent more was because they were poorer and less knowledgeable about their health, and about health care services—many of which cost little or nothing, yet were practically beyond their reach.

African Americans are among the poorest ethnic groups in the nation, and have some of the highest instances of heart disease, diabetes, obesity and elevated blood levels, according to a 2010 study by the Stanford University School of Medicine.

Many reside in some of the nation’s worst housing, and African-American women are far more likely to live alone. Older African Americans disproportionately rely on hospitals for emergency care, and the rate of death from all causes for persons 65 to 84 is highest among black Americans.

“We already know that the health care system disproportionately mismanages and mistreats black patients and other people of color,” Ashish Jha, director of the Harvard Global Health Institute, said of the results.

Ruha Benjamin, an associate professor of African American studies at Princeton University, wrote a commentary that accompanied the study. “Black patients,” she said, “do not ‘cost less,’ so much as they are valued less.” 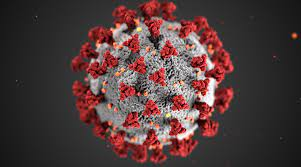 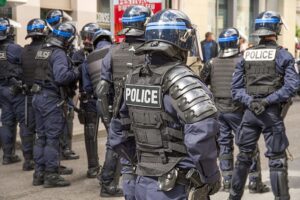