Languages
Home » Fashion » The Democrat, the Designer, and the Dress: Where’s the Bite?
Fashion, Politics and Government

The Democrat, the Designer, and the Dress: Where’s the Bite?

Alexandria Ocasio-Cortez’s debut at the Met Gala was rocky to say the least. The event’s theme, “In America: A Lexicon of Fashion,” offered opportunities to critique the nation’s faults. Not one to shy away from a challenge, AOC took a chance. Perhaps she could have taken a lesson from another fashion protestor.

Clothing, stylish or not, often is used to spotlight adversity. David Wojnarowicz, a multimedia artist whose works focused on society’s outcasts, died in 1992, a victim of AIDS. He also was an activist who used his own experience and, in at least one manner, his attire to send a message on behalf of those who would lose their battle.

An iconic denim jacket he wore on occasion used words and imagery to press a point, in the same way as the white gown with “Tax the Rich” tattooed on the back that AOC wore to the star-studded Gala in New York in September. But in his case, so much more was said.

Wojnarowicz took the ominous downturned triangle used by Nazis to call out gay men and flipped it on its head, reclaiming the symbol as a visual token of the cause, and punctuated his point in stark white capital letters: IF I DIE OF AIDS—FORGET BURIAL—JUST DROP MY BODY ON THE STEPS OF THE FDA.

At the time, the Food and Drug Administration stood accused of denying those with AIDS access to experimental drugs considered potentially life-saving. Wojnarowicz pinpointed the villain. Precisely.

AOC’s gown almost feels passive in comparison. “Tax the Rich,” the message on its back, has become less of a call to action in the economic, political and cultural revolution identified with  AOC than a bumper sticker-style slogan for it.

The choice of venue did not help her case, either. The Gala is actually a fundraiser to, among other things, keep the entry fee for its beneficiary, the privately owned Metropolitan Museum of Art, practically free for many visitors.

And AOC made that point in defense of what she did. “Did you know that if you live in the NYC area you can go to the Met (including the same costume exhibit the wealthy saw last night) for as little $ as you’d like?” she said on Facebookthe next day. “Check it out this weekend. Bc the Met belongs to the people.”

But the Gala’s signature image is as a red carpet, costly-ticket event to show off the extravagant wealth most Americans could never dream of having. Wojnarowicz did not wear his jacket while lunching with the very people who did not care if he died.

And therein lies the main issue with AOC’s effort: there is no bite, none of the intensity and bold confrontation that have made her a person that some love as much as others hate when she speaks out against injustice and oppression.

The Congresswoman later recognized the inconsistencies, acknowledged what she didn’t get, but praised what she did. “We all had a conversation about Taxing the Rich in front of the very people who lobby against it, and punctured the 4thwall of excess and spectacle,” she said.

She may have given her opponents something, as well—images of AOC herself walking harmlessly among them, and at the same time offering them an opportunity to appear revolutionary themselves for letting her into their midst. 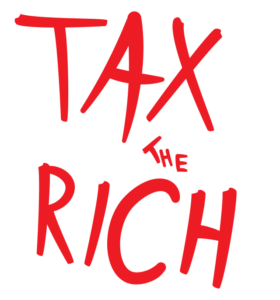