It was a Saturday morning in Paris. Memorials were hung and candles lit at the Bataclan Concert Hall, which saw the greatest carnage from a terrorist attack the night before that left 129 dead. As hundreds of mourners gathered, an unknown musician set up a piano, a peace sign painted on its lid, sat down and began to play.

The song he played had lyrics, but he did not sing. He didn’t have to. The soft melody had a familiar voice, and it spoke:

“Imagine there’s no heaven. It’s easy if you try. No hell below us. Above us only sky …”

The day was leveled by tragedy, and a musician reached for “Imagine,” John Lennon’s prayer for peace and dream of a unified world.

It wasn’t the first time Lennon’s 1971 classic was used to heal terrible wounds. The song carried us from Lennon’s own death in 1980 (Queen notably performed the song at a concert in London a day after his death) on through 9/11.

“Imagine” is part of a cherished company of songs that come to us at our toughest hour. Also in ’71, Marvin Gaye, another artist whose life was torn apart by violence, gave us a lush and flowing gift from the soul. Forty-four years later, it still tells us what’s going on, carrying our pain and sorrow and blanketing us with love:

“You know we’ve got to find a way, to bring some lovin’ here today.”

Positively postlapsarian poems “Imagine” and “What’s Going On” had seen many a fall of man — the assassinations of Malcolm X and the Rev. Dr. Martin Luther King Jr., the scores killed in Vietnam. Lennon and Gaye’s masterworks were visions of a new light at dawn; the morning come at last after a long and dark night.

Lennon and Gaye are not alone in this vision. When everything feels wrong, we can still turn to Bob Marley to tell us that every little thing is gonna be alright. So much of his work came during great turmoil in his own country (turmoil that almost took his life), yet he retained the will and warmth to turn to his sisters and say, “No, woman, nuh cry.”

And a decade earlier, when black soldiers in plainclothes marched for the mountaintop, Sam Cooke told them he knew their feet were tired, their clothes worn and hearts nearly spent, but that a change was, indeed, gonna come.

Kanye West said in a 2005 interview with USA Today that he hoped his music would one day stand with Stevie Wonder’s, but has his music shared Wonder’s innervisions? Where’s Kanye’s “Love’s in Need of Love Today?” Kendrick Lamar gets the party going with his funky, almost desperate evocation of hope in “Alright,” but that song comes from an album whose ambivalent attitude towards women doesn’t exactly breed optimism or unity.

Perhaps Gaye, Lennon, Cooke and a few others said all that could be said. Gaye solemnly foresees in “Save the Children” that “There’ll come a time when the world won’t be singing.” For the songs we so desperately need to hear, I pray that time is not near. When our hearts and prayers go out for those whose hearts have stopped and whose prayers were not answered, I pray that we can still summon music to counter hate with love.

And I pray that this music will reach the anonymous thousands who die in the Middle East and in Africa. The violence that afflicts this world, which darkened the City of Lights and which thousands of refugees flee from, is the sort that knows no borders or prejudice. Our prayers should transcend both as well. I hope we do it. I hope we join in Lennon’s dream one day. “And the world will live as one.” Just imagine.

All Lives Matter *
Does Filming the Police Drive a Wedge Between Cops and Blacks? 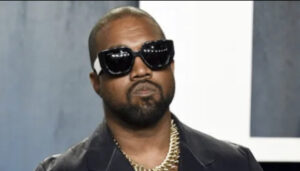 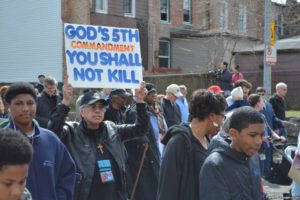